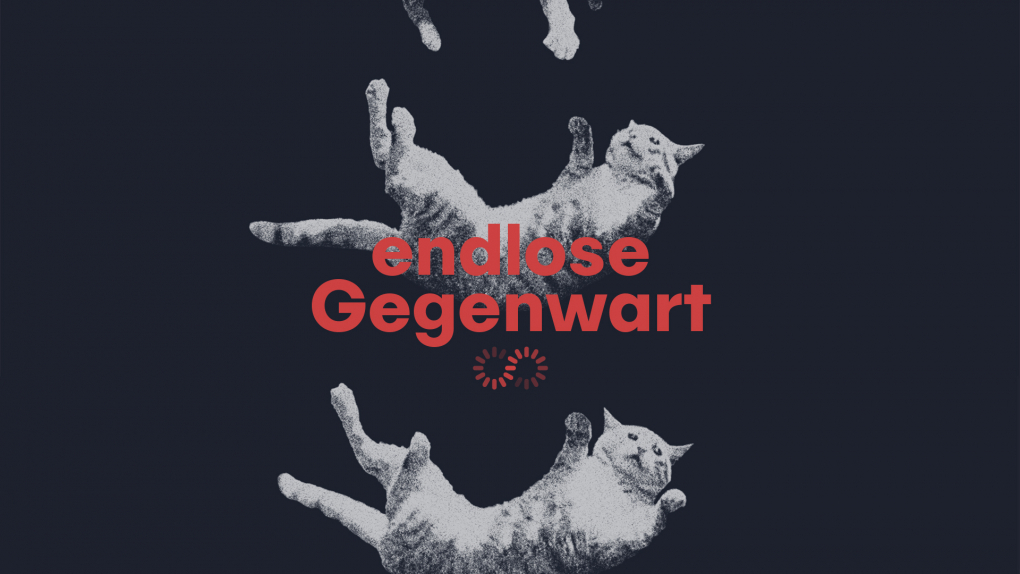 For thirteen years is Lower Austria’s Krems at Danube river hosting a festival combining theatre, performance and alternative, mostly experimental, music. Middle class stumbling between vineyards will be disturbed at this year’s break of April and May, more specifically the two following weekends, again by one of the most interesting European festivals. For an interview about a history, ideals in the background and current edition we have talked to the CEO of the Donaufestival, Klaus Moser.

This year’s edition of the festival seems to be connected with the idea of infinity, everlasting presence and its connection with contemporary arts, especially music. Can you elaborate on that and explain what exactly are your intentions with the topic and why did you choose it?
This year’s festival leitmotiv is „endless now“. It seems that we as a  society are stuck in this state of an „endless now“. There is no vision or idea for a future. The only progress we can identify are updates of mobile phones. And we are stuck in a world, where you always have new messages. The global market has provoked just-in-time productions; supermarkets are named after their opening hours: 24/7. Stock exchanges deal in real-time, and container ports never sleep. This year’s edition wants to trace this state of an endless now and the alternatives. It wants to introduce the simultaneity of the non-simultaneous. It searches for ruptures with the operating system of the vast present and investigates the potential of accelerations and decelerations, exaggerations, and rejections.

Do you plan to communicate the festival theme to all of the artists and try to incorporate it into their performances?
A lot of performances have been chosen because of the festival theme. For example the work of Ryan Trecartin. His videos feel like a brutal mix of YouTube make-up tutorials and trash TV casting shows in which a hyper-consumerist subculture that defies conventional identity categorisations performs the drama of narcissism oscillating between megalomania and collapse. Ryan Trecartin will present a video installation in Kunsthalle Krems and Felix Rothenhäusler will stage the piece The Re’Search, that is based on Ryan Trecartins video Re’Search Wait’S.

Another example is the commissioned work of Sote. We discussed the festival theme with him and he made the proposal to present this special project called “Parallel Persia”. With visual and musical means, with snapshots from an apocryphal Iran, and sounds from an alternative hyperreality, he will create a new, equally synthetic as a factual image of “Persia”.

With some musicians we did not have the chance to communicate directly, so we will let them know when they will arrive. There will be a lot of talks, for example with Simon Reynolds about Absent Futures, Present Pasts - Temporalities in Today's music. So there are many chances to think and talk about the leitmotiv at the festival!

In connection with the aforementioned topic, you’re inviting visitors to a stretching 8-hour exercise on the last Sunday. What do you expect to happen? Is there any desired outcome?
This is a new format that we designed especially for this year's festival theme “endless now”. It’s called “as waves go by” and it also deals with temporality. We are interested in how the human body perceives and reacts on a durational drone. Maybe you get in a different state of mind, you might even fall asleep. We are interested in this kind of offline rituals.

Early years of the festival were located also in Korneuburg, is there any plan of going back there or adding a different location, perhaps changing location from Krems completely?
Korneuburg was a venue at the beginning of the festival in 2005. We noticed quickly that the technical expenses were too high. So we concentrated our main concerts and performances in Krems, we have a great church called Klangraum Krems Minoritenkirche as the main music venue during the day and a perfect sound system in the halls and in the Stadtsaal for the night. Actually, the whole city of Krems is full of Donaufestival visitors as we collaborate with the museum Kunsthalle Krems, their dependence in the Dominikanerkirche (the second church) and with a lot of galleries. We still find new venues every year: this year we are going to Grafenegg, a castle with a beautiful park. There will be a performance with a group of three dancers wearing sweeping baroque dresses with white face masks. They appear to be hybrid beings from an unspecific past and an ominous future. This piece by Rudi Van der Merwe will be presented in the green of Grafenegg castle.

Your concept of two prolonged weekends is quite a unique scheme for a festival. What was the reason for such concept and what do you see as the main benefit of it?
As we are an art festival we want to present a relevant and significant number of projects in the field of performing arts, music and installations. Therefore we need two weekends. We noticed that it is better to concentrate on the period between Friday to Sunday as there are many visitors from Vienna, which is a one hour drive from Krems, or from abroad. So it is more convenient to concentrate on the weekends.

Besides music, there’s a strong emphasis on live performance, theatre and contemporary art. You cooperate with Kunsthalle Krems. I remember several wonderful performances and art exhibitions. In this point of view, Donaufestival is quite unique. Are these fields of the festival more interlinked every year, is there a movement towards making it more than “a music festival” (for which I guess it’s better known)?
With our new artistic director Thomas Edlinger (since 2017) we want to elaborate more on the leitmotiv. For example, there is a publication with texts of philosophers, media theorists, and authors who will contribute their knowledge about the theme. We present contemporary art at Kunsthalle Krems, live performances in Forum Frohner and in many different places. Our visitors love to discover new artists if it is installations, music or performance. That is what differs us from all the other festivals. You dive into the festival and you will get surprised in a positive way by the many impressions of the 20 events per day.

The motto of Donaufestival is “redefining arts”. What was the most redefining experience for you in all those years organizing this event?
There were a lot of moments. I personally loved how Ryan Mitchell pushed the boundaries of performance art with his ensemble Saint Genet at the Kunsthalle Krems in 2016. He produced a kinetic installation with befriended artists Casey Curran and Ben Zamorra. This installation was opened weeks before Donaufestival and during the festival, they used it as their stage to present their brilliant work “Frail Affinities” with a huge ensemble of musicians and dancers. It was an immersive experience.

Do you see any similar festivals like Donau nowadays that you’d recommend visiting? Do you cooperate with any? (What do you think of Hyperreality or Elevate, are these somehow a competitor?)
Actually, I don’t know any festival that combines this kind of art forms in an as dense experience as Donaufestival. We cooperate with many other festivals and theatres, like Kammerspiele München, Treibstoff Basel and many others. Without these cooperations, we could not finance our performance projects. We, of course, cooperate with music festivals like Hyperreality of Wiener Festwochen or with Elevate Festival. They are all friends and we visit them and they visit Donaufestival. But, of course, you kind of feel a competition concerning interesting music acts. Also, as all festivals take place in spring with a sometimes similar music approach. That was also a reason for us to include again more band formats to our program.

If you should pick one performance/show from this year's edition that you are looking forward to the most – which would it be and why?
To focus on one artist is impossible, at least one at every genre: Western flag by John Gerard is a video projection in Hall 1. He programs real-time simulations of objects. Here a camera circles around a pole driven into the sand of a digitally replicated site of an exhausted oil well in Texas. His works are poetic and somehow spooky. If I think about performance art, I am excited about the work of Wild Vlees. You can see two naked bodies that form with plaster an inorganic mass out of their bodies and become one entity. When I think about music, it’s especially difficult to pick one, as I was involved in the booking process as a music consultant. But Lanefark Artefax was the most outstanding music performance I saw last year. To me, he is as gifted as Aphex Twin. We are proud to present him in Austria for the first time. He will open Donaufestival 2018.

Members of Berlin residing label Janus have been part of the last couple of Donaufestival editions. Is there any specific connection you have established with the label by now?
There is no specific connection but we appreciate their work. We invited e.g. Lotic in the last years, he is known for his eclectic DJ sets. This year he will present his first album. He produces noise cascades with a brittle clarity and dance music for futuristic bodies.

Do you have any information on whether Lotic will have his new album ready for the festival and play some of it live?
The new album sounds very promising, we already heard some tracks. He will definitely perform the new album at Donaufestival!

Performance of Dean Blunt under the moniker of Babyfather two years ago was one of the most intense experiences I’ve ever seen. Do you have any plans for bringing him back? How was the cooperation with such a strong and quite a mysterious persona?
We invited Dean Blunt already three times, in 2013 with Hype Williams, in 2014 as Dean Blunt and 2016 with Babyfather. He is indeed exceptional and has a strong personality. I also still have his intense show at Stadtsaal in my mind, where he just changed the expectations of how a live show should be presented. He questioned “Britishness”, his radical music concept fitted perfectly with the way he presented it: darkness on stage, glare light in the audience. It was really disturbing and ambiguous. I think we should invite him again.

What do you think of Austrian (electronic) music scene these days? I feel there’s a huge impact of FM4 on alternative scene for example. Among musicians, do you have any national treasures these days?
We have a very good and vital experimental (electronic) music scene in Austria. Artists like Christian Fennesz are invited to important festivals worldwide all the time, labels like Mego also have an international impact. There are music networks like klingt.org. We already invited all of them to present their work/label/network at donaufestival. This year we invited In My Talons, a Viennese musician, who creates a progressive club sound that reflects the restless click-logic of the present. Chra, John Silver and Mit Händen und Füßen will join the 8 hour drone session. FM4 is definitely very important for the alternative music scene and as our media partner, they feature Donaufestival extensively.

Are you somehow connected to Czech music scene? By any chance, do you attend festivals such as Creepy Teepee or Lunchmeat Festival?
I heard of Creepy Teepee and I wanted to go and see it last year. But as we also organise a world music festival called Glatt&Verkehrt in July, I was busy. Friends of mine go there every year and are very excited about it.

Lately, there’s a big hype regarding Prague-based label Genot Centre (Tape label of the Year 2017 by The Quiteus). Have you heard acts like Reaper Death Seal Corporation or more lately Enchanted Lands?
No, I will check them out!

Is there any band or musical project of any sort that you’ve always wanted to bring to Donau but could not make it happen?
Yes, Kate Bush or Brian Eno. But that’s OK, so we can still keep dreaming.